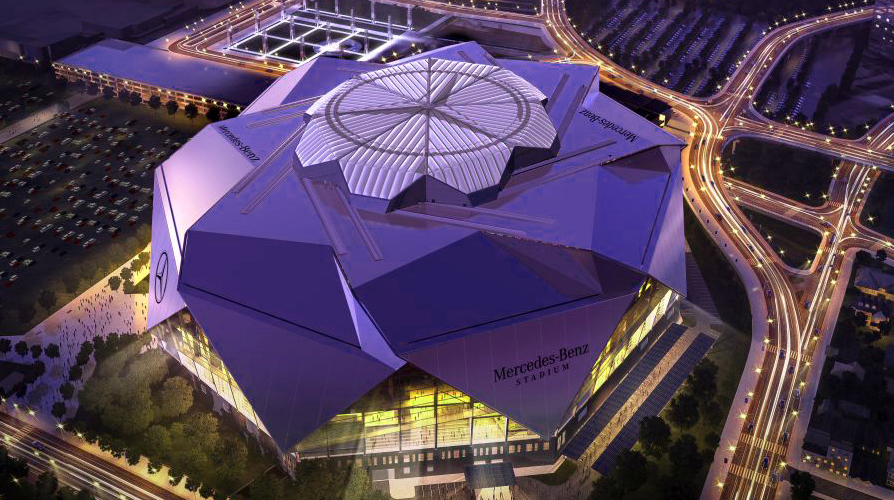 Many leaders and even people, in general, believe that imagination is not valuable enough to consider or support when it comes to usual daily activities such as problem-solving. But did you know that ‘imagination’ is something we can all cultivate? In fact - it is a brain process that we as humans possess, even if you believe you don't have an ‘imaginative’ bone in your body!

Luckily, everyone doesn’t feel this way, and some organisations take imagination, creativity and innovation to an entirely new level. In my last trip to London, I had the opportunity to interview Ms. Misti Melville, HR Director for Buro Happold.

This incredible engineering firm specialises in kinetic architecture. They have built masterpieces around the world, designing structures that allow movement without compromising the overall structural integrity.

Some of their projects include the Atlanta Falcons football stadium, which features a retractable ‘rose-petal’ roof, and the Louvre Abu Dhabi Museum. The museum initially challenged the imagination of engineers and designers who had to plan its construction carefully on what was originally a giant dry rock. They had to imagine inside their minds what was not yet visible on the outside. Imagining is seeing inside your mind what’s not yet visible on the outside.

The reality is that we imagine things even when we do not think we are imagining. It is a process we cannot stop because it naturally happens in our brain every time the ‘default’ or ‘imagination’ network becomes active. When we imagine, we turn on the same neural pathways as if we had the real experience.

The brain processes involved in imagination, however, have not been well understood until recently. Several studies, including one from researcher Alex Schlegel from Dartmouth College in New Hampshire, have helped unravel the mysteries of imagination.

Schlegel found that the activity of what we call ‘imagination’ is the product of a widespread network of neurons that consciously alters and manipulates images, symbols and ideas. Neuroscientists refer to this as the ‘mental workspace’, and it provides the intense mental focus needed to come up with new ideas and solutions to complex problems. Elite athletes are usually taught to imagine what it would look like to achieve the goal they want. This visualisation helps them to be better prepared to face a challenge.

In business, however, we stumble and struggle in many situations, including negotiating with a client, giving feedback to a team member or presenting in public. It is rare to see people allotting the time to prepare themselves and practise imagining possible scenarios.

If you think about it, every achievement in human history, from amazing buildings, battles won or scientific discoveries, started in the thoughts of someone who dared to imagine what could be possible and had the courage to implement it.

In my work, I notice that many people are afraid of letting their imagination go wild because they worry too much about how they are going to make it happen. People immediately build barriers, and they give up before they even start.

It is impossible to act on your imagination when you are afraid of failing, of standing out, speaking up or being wrong.

Developing the ability to imagine the future is critical in triggering innovation in business. We are living in an era of ideas, and we need to bring back creative thinking to the workplace. To bring imagination back, we must change the value that we assign to the power of imagination and encourage policies that can help people unlock their imaginative potential.

Business leaders need to practise imagination themselves and talk about it openly, so others feel free to do the same. People we consider to be geniuses, including Leonardo da Vinci, Albert Einstein, Michelangelo, Thomas Jefferson, William Shakespeare, Mozart, Pascal, Charles Darwin and more modern examples such as Bill Gates, Steve Jobs and Steven Spielberg would never have become notable without the ability to use this higher intelligence.

At the About my Brain Institute, we believe anyone can become a more imaginative leader. In our

Programs we provide effective strategies & tools for people to awaken this ability at work and in life, which in turn, will result in higher levels of innovation.

Your world will change when you activate your imagination! If you are not yet convinced, I have outlined four reasons that you may want to consider:

4 Reasons to Activate
“The Power Of Your Imagination”

Reason No. 1
IMPLEMENTATION HAS A HIGHER RATE OF SUCCESS

We do not implement everything we imagine, but we are more motivated to apply what our imagination has produced when the ideas emerge from our brains, rather that when we try to follow someone else’s thoughts. Without motivation and drive, imagination merely becomes a pleasurable mental activity.

It doesn’t mean that another person’s imagination cannot inspire us or that we wouldn’t be willing to participate in what they propose. Rather, our own imagination allows us to dig deeper into the networks and mysteries of what is possible, which can create a very engaging and interesting existence.

You may have noticed that your best creative moments happen in the shower, or perhaps while walking in nature or driving a car. Wherever they take place, these are powerful moments that you can harness to help you find the right solution to a problem you may be facing.

The next time you feel stressed or overwhelmed, stop what you are doing and walk away. You will be helping your brain get into a more relaxed state, activating the imagination network mentioned above.

REASON NO. 3
IMAGINATION CAN MINIMISE CONFLICT IN A TEAM SITUATION

As John Lennon suggested in his famous song, Imagine, many issues could disappear, and a new viewpoint could emerge if we would only close our eyes and transport ourselves mentally to the world of possibilities.

Learning to do this with a group of trusted collaborators can certainly make everyone more amicable, diminishing tension or harsh reactions. This strategy could potentially encourage everyone to gain a different perspective on the matter.

Imagine there’s no countries
It isn’t hard to do
Nothing to kill or die for
And no religion, too
Imagine all the people
Living life in peace… You…
You may say I’m a dreamer
But I’m not the only one
I hope someday you’ll join us
And the world will be as one

REASON NO. 4
IMAGINATION CAN GET US CLOSER TO WHAT WE WANT

Our desires, dreams and wishes all come to us in the form of mental images. Our imagination is the beginning of creation and is the origin of all subsequent thought streams. By nurturing the ideas that come to us through our imagination, we receive the inspiration and belief necessary to push them forth so we can create the life we’ve always ‘dreamed’ of having.

Any person who has achieved success in their life used the mental pictures in their mind to guide them on their path, blending experiences and filling in the details along the way, while always building more imagery towards their desired reality.

Wouldn't it be great give yourself the permission to let your mind wander? We invite you to learn more about imagination today! What are you waiting for?

Apart from bringing more imaginative moments into your life, there are many more reasons why you could consider broadening your current knowledge and immersing yourself in the teachings of i4. Our programs make people feel awakened, inspired, empowered and ready to take their leadership to a new level.

To read more about the i4 abilities check out my other 3 articles which are part of this blog series: