Inspire The Music In You

Written by The About my Brain Institute
2 min read

We all likely have to admit to singing in the shower, or to giving a masterful solo performance in the car. We physically interact with music, tapping our feet, nodding our heads, and singing and dancing along. All cultures invariably express themselves with music. It links us as humans, even when we cannot communicate with words. 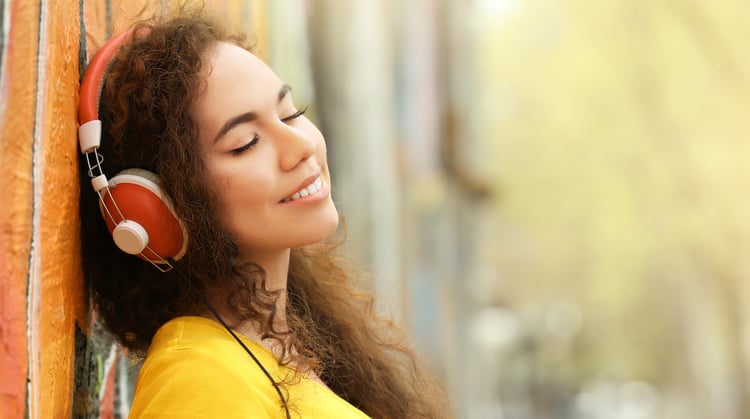 Music can temper or bolster our moods, and we can use music to promote well-being in the workplace. Music doesn’t just affect us physically; it can affect us mentally and emotionally.

A crooning lullaby can soothe even the tiniest of infants, long before they understand words. Researchers have been examining the relationship between music and language for many years. Recent studies have shown neural overlap when we process music and speech. Groundbreaking research from the early 1990s suggested what is known as the Mozart effect.

Mozart’s Sonata for Two Pianos in D Major, K. 448 was used in the original experiment and is typically found in more recent research as well. Mice have been used extensively to study this effect, showing that music influences proteins in the brain. Neurons in newborn mice in the music group were increased compared to the control group. The mice exposed to music scored higher for memory scores on spatial tasks (Xing, 2016).

Music is the universal language of mankind.
Henry Wadsworth Longfellow

How does music make you feel? Music can have a profound effect on your emotional and mental states, even if you do not have formal training. The soundtrack to a scary movie can make your pulse speed up and cause a thrilling sense of fear. Or perhaps the long, sweeping sounds of an orchestral piece as a character dies can cause you to feel sadness and even cry.

You probably have a favourite song for when you feel mellow, or when you feel exhilarated. If you can play an instrument, you know how freeing and stress-relieving it can be. Even that moment belting out show tunes in the shower can be joyful and soothing.

These experiences unite us as humans and can be utilised in the work environment. Many of us do not integrate well in the traditional day-to-day interactions at work. If music can transcend language and cultures, we should consider using it as a tool to improve the way we interact and collaborate with each other.

Using Music To Work Together

Collaboration is a skill, and like any other skill, it requires practice. Music can be utilised as a bridge to ease into the unfamiliar process of collaboration. Playing some uplifting music in the background can reduce tension in the room, and may help people feel at ease and inspired.

We often find it difficult to think out loud, create new ideas or discard old ideas. Consider using music to add an outside dimension of creativity to a discussion. We as humans all understand the language and emotions of music. Why not channel this in your workplace?