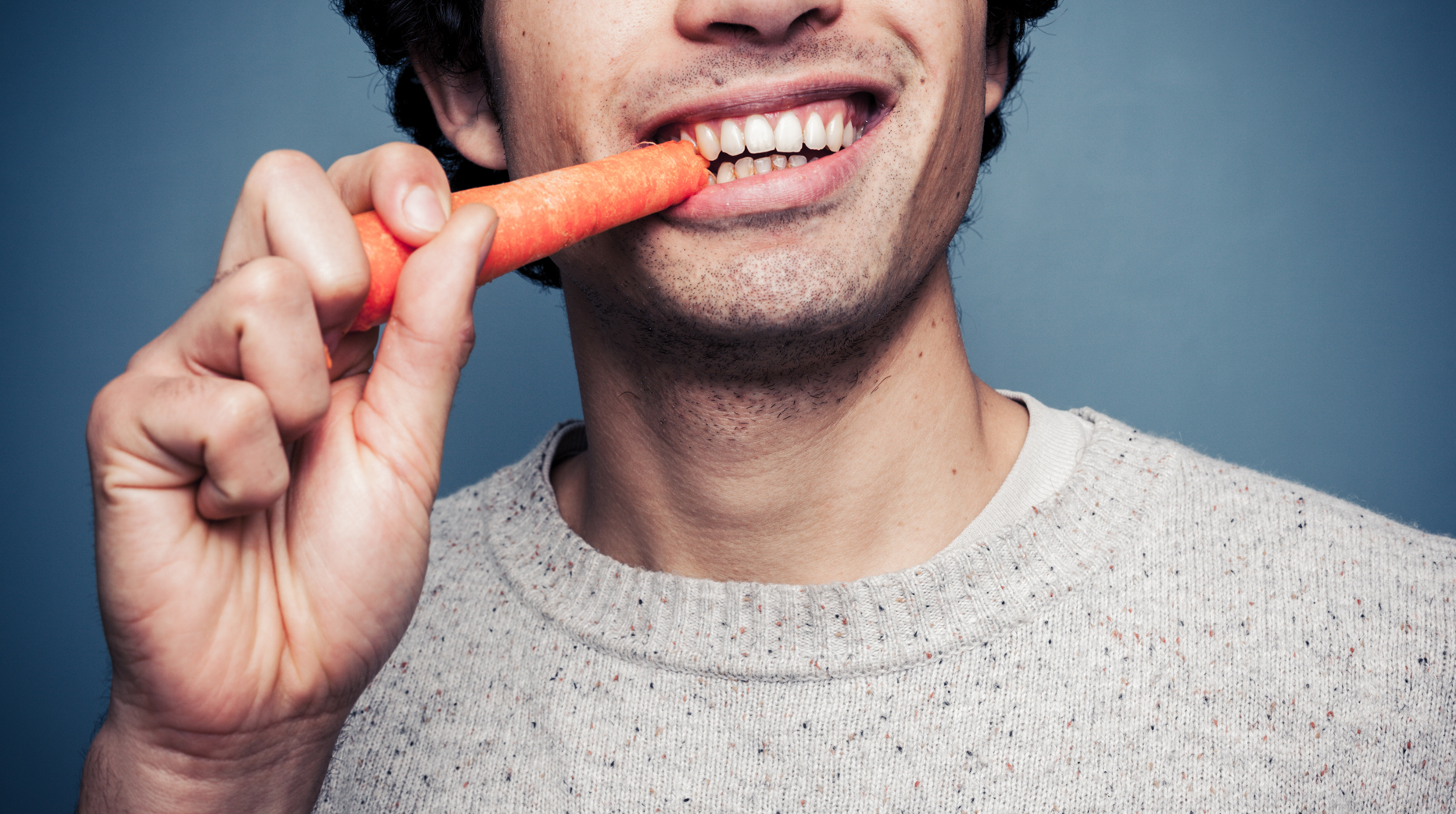 Ultra Nutrition For The Ultimate Animal 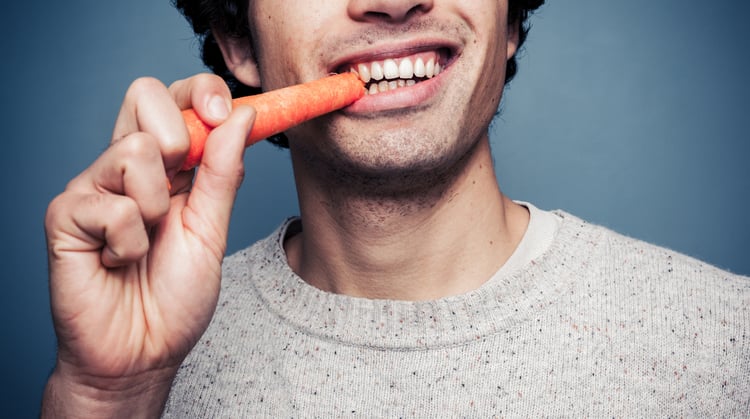 i4 Tips for Developing Balance

Much of the accomplishments of the human animal has been inspired by the evolution of the human brain. However, the human body is equally remarkable. One of the key features of the human design is our ability to regulate our breath.

Apart from cetaceans, humans are the only animals on the planet that can consciously regulated their breath during movement. Quadrupedal mammals complete two breath cycles per gait. At higher speeds, mammals are locked to one breath per stride.

Humans alone, among mammals use a bipedal gait. Inexperienced runners show no tendency to synchronize breath and gait. However, the dominate ratio for experienced runners is two breaths per stride while at sustained running speeds, a four breath per stride cycle works to be the most efficient ratio.

Standing beside other furred animals – our naked bodies are not to be underestimated. Instead it adds to one of our greatest advantages. No other animal on the planet is as efficient in thermoregulation as the human animal.

This ability to regulate breath together with another overlooked feature – the ability to produce copious amounts of sweat allows professional endurance runners to routinely out perform hoofed beasts over long distances.

This unthinkable feat is exploited by the Tarahumara tribesmen who pursue prey to the point of exhaustion in some of the most inhospitable terrain of the Cooper’s Canyon – northwest Mexico. The phase locked, one breath per stride prevents quadraped mammals to pant while running over long distances and eventually immobilizes them through heat exhaustion.

What sets us apart from other animals is the conscious bridge between mind and movement through breath. This has been elaborated in my previous blog post on Movement. Professional free-divers for example are able to mentally suppress the compulsive necessity to breathe and sustain dives of up to 6-10 minutes. An astonishing example is shown below.

Apart from endurance, the extraordinary ability to focus attention on movement has led to incredible athletic feats incomprehensible without acute concentration. Gymnasts are a terrific example, combing acute focus with strength and flexibility that remains unmatched by other sports and unparalleled in the animal kingdom. This incredible ability is shown in the video below.


It is intriguing to see what fuels the Ultimate beast for ultra performance?

I have complied a list of  5 key ultranutrients that has the potential to outrun death and disease induced by our industrialised lifestyles.

Chia – I do not know of any other food that is more nutritionally complete than chia! The word chia comes from the Mayan language meaning strength. It is sacredly used by the Tarahumara ultrarunners.

Unlike other seeds, Chia can be digested whole – allowing maximum return for the effort put in for digestion and absorption. It has a high protein content (~20%) and contains strontium to aid bone health.

Most importantly, Chia is the richest source of Omega-3 polyunsaturated fats. Omega-3 fatty acid chains are the building blocks of myelin sheaths that insulate the axons of brain and the descending nerves of the spinal chord that relays movement information between the brain and body.

Coconut water – Sweating accelerates the loss of water, as well as essential minerals including sodium, potassium, calcium and magnesium from the body.

Coconut water, by itself does not contain enough of these minerals to replace that lost through sweat however – by combining your fresh coconut water with mineral boosts such as fossil shell flour, it is an excellent replenishment for your electrolytes as well as providing silica for joint mobility and bone strength.

Although, both chia seeds and fossil shell flour contain magnesium, an additional teaspoon of magnesium chloride is excellent for muscle recovery, not only for the skeletal muscles but also for the heart and nerve function.

RAW pea protein – Legume powder provides a complete amino acid profile which are essential since these cannot be produced within the body.

Pea protein also contain branched chained amino acids (leucine, isoleucine and valine) which are broken down by active muscles in the absence of readily available carbohydrates. Pea protein also has a rich iron content (~30%). Iron binds to the hemoglobin in red blood cells to transport oxygen across the body.

It is also a rich source of vitamin K which must be present for blood to clot properly and to regulate bone mineralization. Most importantly, amino acids are necessary for rebuilding muscles during recovery.

Grains such as quinoa and buckwheat are also high in protein content. These are also excellent sources of B-vitamins, vitamins A, C, D and E, calcium, iron, potassium and zinc. Sustained energy is necessary to activate the slow fat burner pattern of metabolism.

Herbs/spices –  such as turmeric, gingko, brahmi, rosemary, ginger, cayenne and cinnamon are necessary  to combat inflammation and physiological disease such as muscle cramps, Herbs and spices are also know to boost circulation by dicoagulation of blood and catalyse mental performance by stabilizing mood and hormonal homeostasis.

Humans are the only animals on the planet that have access to such a vast and nutritional dense array of superfoods. With such abundance – What is impossible? The Tarahumara tribesmen were asked why their 95 year old elder walks across these hostile Mexican canyons? The tribesmen replied:

Because no one told him he couldn’t.

NOURISHING YOUR SECOND BRAIN (THE GUT)

, we'll nourish your 'second brain' with fresh and delicious food that has the ability to heal and reinvigorate your whole system. The course also covers how to cook in a brain-healthy way and the latest information in the neuro-gastroenterology fields.

These Stories on Our News

What is Brain-Friendly Leadership?

Neuroscientist, author and inventor of the Precognition Method, Dr. Kaushik Ram is on a mission to translate cutting-edge neuroscience into practical techniques that are applicable in real-world personal and professional environments. The Precognition Method draws from the latest in HRV research to overcoming cognitive-deficits and respond rapidly to change with clarity and precision.

Dr. Kaushik Ram's Nervous System program has won the 2018 TEDx Sydney Pitch in the Sydney Opera House. He has been featured in multi-award winning documentaries and is the best-selling Author of Hidden World: The Inside Story of the Soul.

Previously based at Brain and Mind Institute, University of Sydney, Dr. Ram was the project lead for the implementation of AI in clinical workflow. He was responsible for the successful design and deployment of the MS Federated Imaging Repository (MSBIR) - an AI-assisted Neuroinfomatics Platform for 75,000 multiple sclerosis patients. Dr. Kaushik Ram completed his PhD in Neuroimaging genetics at the Department of Psychiatry, Westmead Hospital investigating neuroimaging biomarkers that are genetically upstream to cognitive processes and neuropsychiatric conditions.

Dr. Ram now employs his novel, yet simple and effective methods to help individuals and corporate teams who are suffering from performance addiction (common in high achievers), burnout, overwhelm, stress, anxiety and depression. His Precognition Method teaches how to thrive in the era if rapid change, complexity and ambiguity by restoring the nervous system for a full neurochemical recomposition without medication, meditation, positive psychology or complicated belief systems.