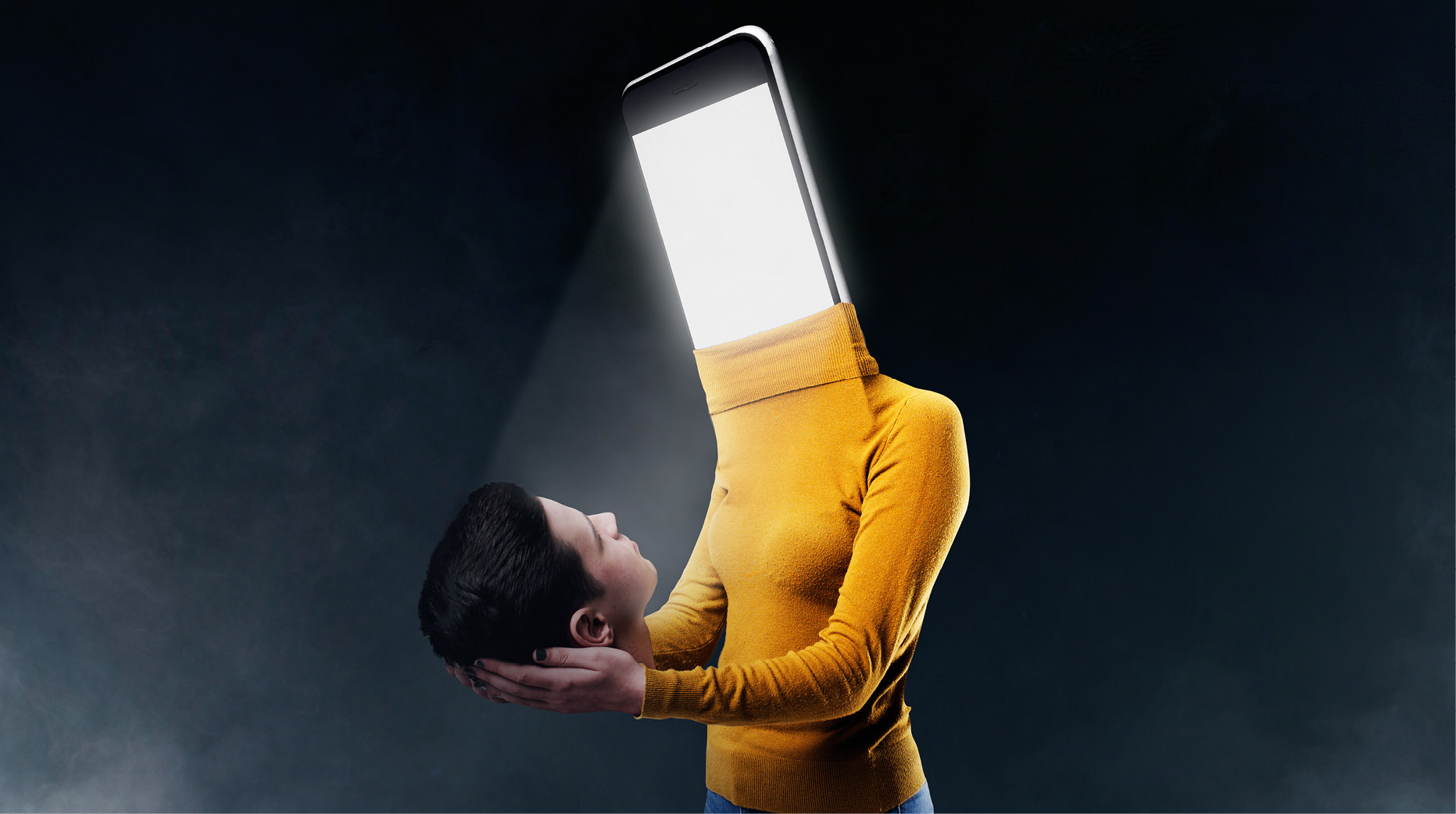 An old photo from decades ago has become a popular meme, and it shows people each with a newspaper up, almost as a sort of shield against talking to others. It is usually captioned with something like ‘technology is making us antisocial’.

A modern photo of a train ride or people waiting somewhere probably shows many of them using a personal device to read or watch something on the world wide web. Many argue that newspapers have become displaced by technology, and nothing more. Unfortunately, we are missing out on more, a lot more, and our mental and physical health can also be affected.

The difference between the newspaper picture and a modern snapshot with cell phones is that people did use to discuss what they had read. Conversations after browsing the newspaper were frequent, even amongst strangers, allowing discussions revolving around local and pertinent issues.

Newspapers also didn’t chime or beep at you for your attention, and you’d never pull out a newspaper at the dinner table during a conversation. For some reason, with digital media, the rules have changed. When we lose this discourse with those we interact with, we lose a part of society, and we no longer read the same news as our neighbours.

People are more involved in their communities when there are more local outlets for news, like local papers. A study by Lee Shaker at Portland State University found that civic participation decreased in Seattle and Denver once the newspapers shut down.1

And cell phones and other mobile devices are becoming more and more popular. There were 5 billion unique subscribers around the world in the second quarter of 2017, and it’s estimated 75% of the global population will be connected by 2020.2

Now, you can get news from hundreds of sources and perspectives, which isn’t always a bad thing, but the average person cannot always tell the difference between actual news reporting and opinion pieces. In a world where ‘fake news’ is now a term, it is dangerous when our leaders are making decisions based on bad information.

Just Fun Or An Obsession?

Smartphones have only been around a few decades. The very first smartphone, the Simon Personal Communicator, debuted in 1992.3 The real surge in smartphones came in 2007, with the iPhone by Apple and Microsoft’s Windows Mobile.4

Unfortunately, even though we haven’t lived in a world with mobile devices for very long, they are already having a profound impact. A UK survey found adults are online around 25 hours per week, and 40% use mobile devices more than 10 times a day. 60% of adults surveyed also felt they were ‘hooked’ to using the Internet, with around 30% finding it difficult to turn their device off.5

Smartphones are essentially always on--there’s always something going on somewhere. This constant availability is problematic for some people, especially those who have personal psychological factors that make them vulnerable to what they are exposed to online. People who cannot control their impulses may use their smartphones when they shouldn’t (like when driving or when they should be resting or focusing on something else).6

Technology can be our best friend, and technology can also be the biggest party pooper of our lives. It interrupts our own story, interrupts our ability to have a thought or a daydream, to imagine something wonderful, because we’re too busy bridging the walk from the cafeteria back to the office on the cell phone.

What Is Smartphone Use Doing To Our Brains?

Smartphones have given us many positive things, like the ability to connect with faraway friends and family, many diverse forms of entertainment, and information at our literal fingertips. But cell phones and devices aren’t always a good thing.

A recent study examined the link between the mere presence of a smartphone (such as having your phone on your desk) and cognitive capacity. What scientists found was alarming, as working memory capacity and fluid intelligence were adversely affected by just the idea of the cell phone. This ‘brain drain’ has the power to reduce our cognitive capacity--when we aren’t even using a device.7

High levels of social media use are associated with feelings of dissatisfaction in life. This ‘fear of missing out’ leads us to use our devices more and more, even when our mood and personal feelings of wellbeing decline. People tend to experience more anxiety, depression and stress while having a harder time getting quality sleep.8

Leadership In The Digital Age

While smartphones are likely here to stay (and they may actually eventually become even more integrated into our personal lives), we have to find a balance between appropriate use and overuse.

Leaders now have unprecedented connectivity, but research shows a high reliance on these devices can cause problems with our health and wellbeing. This high connectivity also has a darker side, as people can easily spread false information and present opinions as fact. It is up to all of us--leaders, partners, coworkers, family members and friends, to make a decision on what crosses the line from being connected to being addicted.

Check out my next article here, as we explore how leadership is affected when brain health is not optimal.

8. Seningen A. How Your Smartphone is Changing Your Brain and What You Can Do About It. Medium.com. 2018. Available here.